Do you know what to do after GCSEs? Read our simple guide to what you can do next…

NVQs (National Vocational Qualifications) involve doing practical, work-related tasks in the workplace or in settings similar to the workplace – like a carpentry or garage workshop within a college if you’re training to become a carpenter or a car mechanic, for example. Many employers allow you to study for an NVQ in work time and NVQs are available in hundreds of different subjects – the most popular of which are Business and Administration, Hairdressing, Supporting Teaching (Teaching Assistant), Team Leading, Childcare and Education and Health & Social Care. Most courses are run from Levels 1-5.

BTECs are widely recognised work-related qualifications which are well suited to people of differing age groups and abilities. BTECs offer a practical, flexible, real world way to learn about a subject and there are 2000 different subjects you could choose to study ranging from Applied Science to Public and Uniformed Services. BTECs are graded by using a Pass (P), Merit (M), Distinction (D) and Distinction* (D*) scale and also carry valuable UCAS tariff points for anyone thinking about going on to study a degree at university. BTECs are awarded by the Edexcel exam board and can be taken at different ability levels so you could choose to study for a BTEC certificate, a BTEC Subsidiary Diploma or a BTEC National Diploma, to name but a few. BTECs are available at various different academic levels, from pre-GCSE to the equivalent of degree level.

HNCs (Higher National Certificate) and HNDs (Higher National Diploma) can be studied either part time or full time at a college of further education. They are similar to BTECs in that you take them in order to gain the skills you need to do a particular job. HNCs and HNDs are highly valued by employers and to study for an HNC you’ll need previous qualifications such as GCSEs and for an HND you’ll need at least one A-level under your belt. When you have passed your course an HNC or an HND will gain you entry onto the second year of a degree course at university. Sometimes, having an HND will even allow you to join a degree course in the third year.

A-levels are qualifications which follow on from GCSEs. They are usually studied full time, over two years at school sixth-forms or colleges of further education. There are hundreds of subjects you could choose to study at A-level which fall into several practical or traditionally academic categories which include the arts and humanities, languages, science, maths and technology. The combination of subjects you choose is very important as it will influence your chances of getting onto a degree course at university.

Changes to the current A-level system are being phased in over the next two years in order to give them uniformity so that marks are consistent across all subjects, which will make it easier for universities to measure an applicant’s true ability, no matter which subjects they have studied. A-level students will be tested on their knowledge and understanding of the whole subject, not just facts and figures and will take one set of exams at the end of their two year A-level course. At the moment, A-levels students are tested in a modular way, i.e. coursework is marked at regular intervals throughout the two-year course.

AS levels, a stand-alone qualification, are currently taken in the first year of the two-year course but they may well disappear altogether once the new A-levels have been in place for a time.

You can do an apprenticeship from the age of 16 while you’re still in school and if you live in England but you’re not in full time education. It’s a way of learning the skills you’ll need to do a specific job, and to advance your career prospects whilst earning a wage.

Doing an apprenticeship is a good option for young people who don’t want to go into full time, further education or to university but who would like to gain nationally recognised, work-related qualifications and further their career in a practical, hands-on environment, gaining skills by working alongside experienced professionals.

If you need more information and Advice drop in to 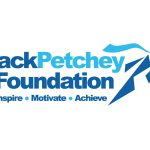 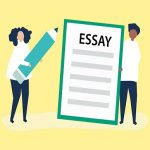 How to Write an EssayFeatured, Topics